This game is the beer you drink because you like beer, but it’s also somewhat stale and bland. This game starts very slowly and manages to pull the gamer through with only its “somewhat cool” story and great voice acting. The VA’s did a wonderful job with cutscenes and character dialogue.

Fire Emblem Echoes: Shadows of Valentia is a remade version of Fantasy RPG game Fire Emblem Gaiden, which was originally for the Nintendo Entertainment System. In this game, and the series in general, you are in control of an army who fights for whatever reason the story dictates in that particular game. 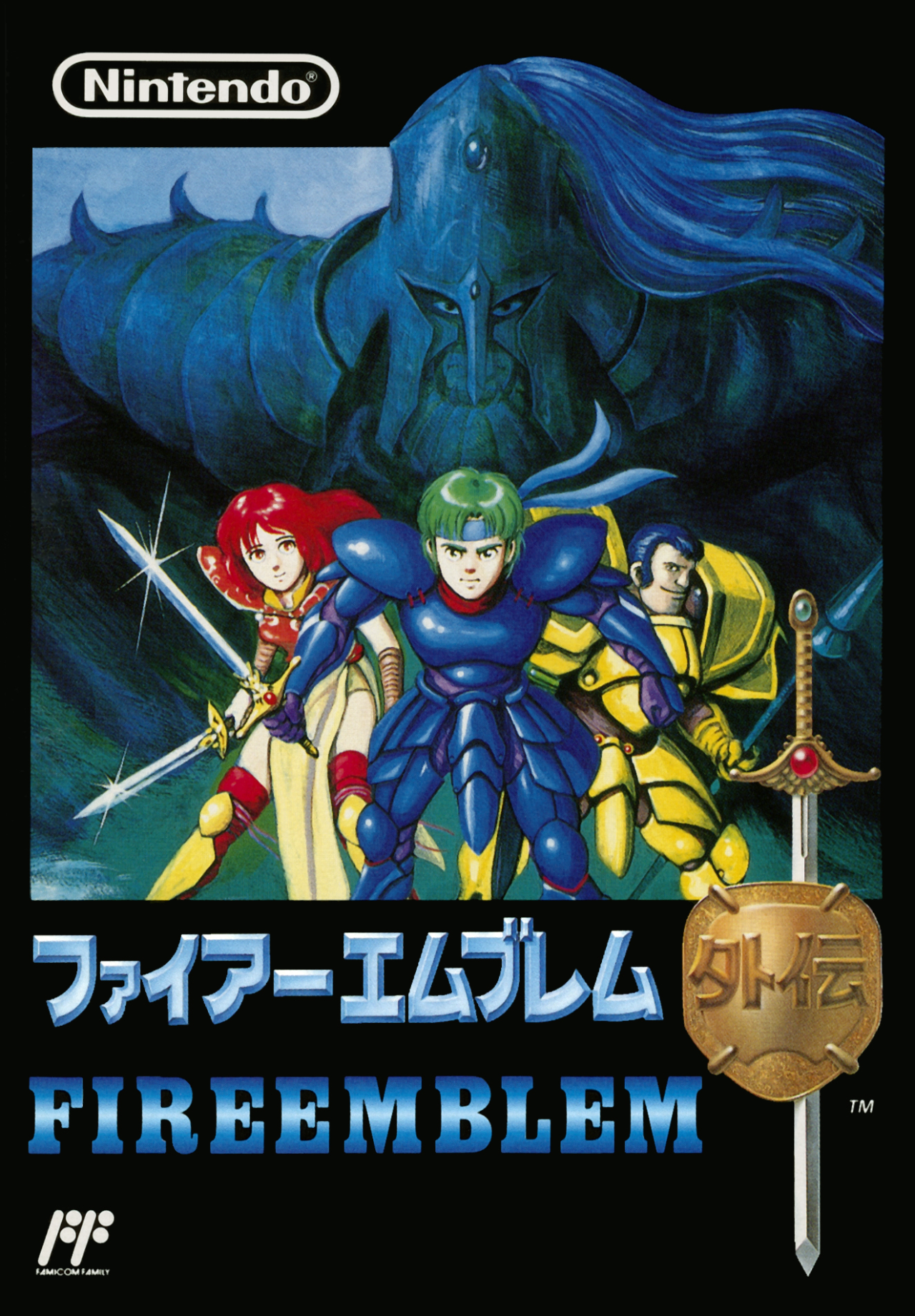 The story starts off rather stale and generic but then gradually pulls you in. The story is really brought together by the great, and somewhat familiar if you watch anime, voice acting. Even the dialogue scenes are incredibly well done provided you don’t skip the voices. It really adds a dimension of emotion needed to explain the motives for war.

Act 1– The game starts off after some precursor dialogue with a farm boy named Alm and his rag-tag group of villager friends. One day a member of an army comes looking for Alm’s grandfather but to no avail as his grandfather is nowhere to be found. Alm then realizes he has been trapped in this village forever and decides to join this army along with his village friends.

Act 2– Que Alm’s childhood friend, Celica. What a babe. Celica is shrouded in mystery and is currently a priestess. Act 2 has you explore her situation and her feelings for Alm. During this act you are in control of Celica and her alliance at the start of their journey.

Act 4– This act leads you toward your grand conclusion and sets up for some very dramatic fight scenes! This act helps you understand more about the main characters and their secrets.

Act 5– The grand conclusion! This is the last and final act in the main story and certainly proves to be quite a challenge! Be sure to train your soldiers and class up as much as possible for this epic conclusion!

Act 6– Post game fun! There is a lot to do post game and proves to be quite difficult. Good luck!

Map– The character is able to choose where to go. Comparable to a Mario map, you can advance in the story whenever you choose and revisit places you have already been to.

Villages– There are villages you can explore in the game. You may examine certain scenes to and items that may be useful such as weapons and food. You can also talk with villagers and revisit these places any time you wish.

Dungeons– In this iteration of Fire Emblem there is some free roaming where you control a character and are able to walk around. Much of this time makes you feel like Link from Legend of Zelda as you walk through dungeons collecting loot from various treasure chests and enemies.

Fatigue– When fighting in dungeons your characters may become fatigued after a couple of fights, causing reduced stats and health at the start of battle. This can be remedied by either visiting a “Mila Idol” and making an offering to the goddess, or you can have the fatigued character eat some food.

One Item Each– Each character only holds 1 item when in battle and does not have an inventory. They can level up these items depending on what they are holding. Characters may also trade their item with an ally. If they do not hold an offensive item like an iron lance or a silver sword, then they will just use a standard “sword” or “lance”. (There are no playable axe-wielders in the game. Buh Bye Ross!)

Controls– The controls in any fight are pretty standard. You have your choice of top-down viewing or tilted top-down viewing. You control your characters by selecting them and choosing what they will do each turn. This provides the opportunity for strategically thinking through where to place your units.

Leveling- It takes forever to level up your characters in this game and seriously feels more like work than play. You may find yourself grinding for hours just to max out 1 character and that still may not be enough to advance in the story.

Weapon Triangle– The game seriously lacks any sort of strategic thinking or luster when it came to fighting, especially in the beginning. Fire Emblem Echoes was plagued with boring fighting where it always came down to who had the bigger stick. (better attack stat)

There was no sort of advantage/disadvantage system to dictate what sort of fighting style to play and where to place that character. This definitely takes away from the feeling of accomplishment when that character you grinded levels for finally takes down an enemy they should have lost to because of their disadvantage.

Axe wielders could also take on sword wielder without any negative effects to their stats. This made for very weak battles in the beginning of the game.

Maps– Many of the maps had one singular choke point where all of the fighting happened. Often times you will find yourself putting all efforts into one character’s strength and using them for these types of battles.

Fire Emblem Gaiden Map to be remade for Echoes

Flyers– Flyers have the ability to fly around walls and “open doors” which you’re like “Oh ok, finally something other than having one guy plow through the mere 6 enemies on the map”. Turns out this is only useful in MAYBE 2 battles. The rest are either open fields or choke point castles.

Lack of Resistance– Many of your strong characters will see a serious lack in the resistance stat. This causes problems whenever you see witches as they can teleport behind your lines and decimate your low RES characters.

The Bow Knight– So as part of the “Change Class” system, you have the option to change some of your characters into snipers. These characters can tangle with any enemy and even gain abilities to hit armored foes hard. What makes these characters even more unfair/awesome is that they are able to learn the “Bow Range +2” ability which is a passive ability that literally makes your sniper have a 5 square range to hit anyone, anywhere. Now take that insane sniper and change his/her class again into a bow knight. Congratulations! You have a sniper with insanely high stats that now has +3 movement squares per turn (Total 8). Lovely. Their only drawback, as with pretty much any character, is the low resistance to magic. Witches will teleport and hit them hard and it is completely unexpected. These units are definitely strong though.

As you would expect, in the beginning of the game you have none of these awesome classes to make use of (Duh). Instead, you start with a rag-tag group of villagers with low stats and all hit the exact same numbers, and this game really takes a hit because of it. They all use swords and are all the exact same except for their art and “personalities”. This unfortunate start makes the villagers hard to remember and easy to lose interest in. It also makes Act 1 incredibly long and hard to get through without feeling like headbutting a wall.

Story– This game has a fun story involving gods, politics, love, and revenge. All in all pretty cool.

Voice Acting– A+ Voice acting that really adds emotion and personality to the characters. Try not to skip the voices during text dialogue scenes.

Dungeons– Although they were small, walking into a dungeon and swinging your sword without having to wait a turn was pretty cool. 3D graphics also looked pretty nice.

Weapon Levels– Leveling up your weapons is huge in this game and learning their skills can really pull you out of a pinch since all weapons hit pretty much the same no matter what they are.

No Weapon Triangle– There is no strategy when it comes to weapon usage. All that matter is a higher Attack, Defense, Skill, and Luck.

The Grind– You need to GRIND in order to get their levels up. It takes forever past 10 and if you reclass too soon, the characters will still suck as they receive almost no stat benefits when changing classes.

So many battles– In between the scarce dialogue there are so many enemies to fight. Sometimes they respawn the same fight over and over again and just become a nuisance.

This game was interesting. It takes a while to decide whether or not you actually like it. There is such a slow start which really plagues it and makes Echoes almost unbearable. It was still nice to be able to play another Fire Emblem game for the DS, but I’d sooner play Sacred Stones (or any GBA game) than this for fun.

Overall it was alright but without a MAJOR advantage/disadvantage system for different classes throughout the whole game, it gets really boring. The Voice acting is great though and really adds volume to the characters.

Fire Emblem Echoes: Shadows of Valentia would make a great anime but is not all that much fun for a video game. Go check it out if you like the series and their ability to tell a good war story with knights (and the occasional samurai).

View all posts by John Trocchi